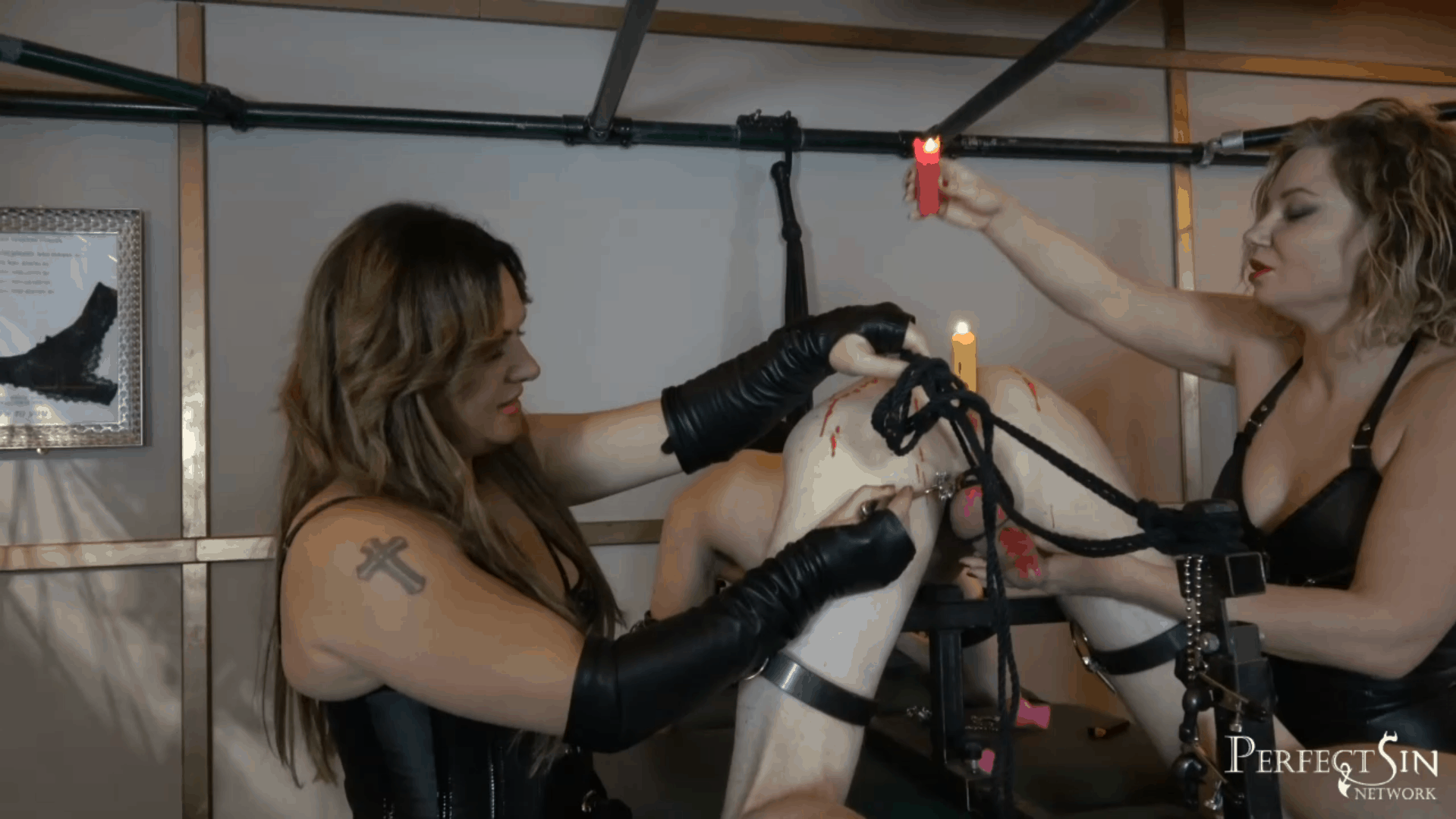 Restrained in a very uncomfortable position ready to take his punishment. This is the reality for this French slave, who ended up in the hands of Mistress Inka and Mistress Athena. If I should describe this scene in just a few words, it would be female supremacy. The Mistresses does exactly what they fancy to the slave, including spanking, evil nipple clamps, wax play, verbal humiliation and much more. Underneath the torture bench, a few more slaves are waiting to find out what plans the Mistresses has lined up for them

How Long Will You Last?

I Do It For My Pleasure