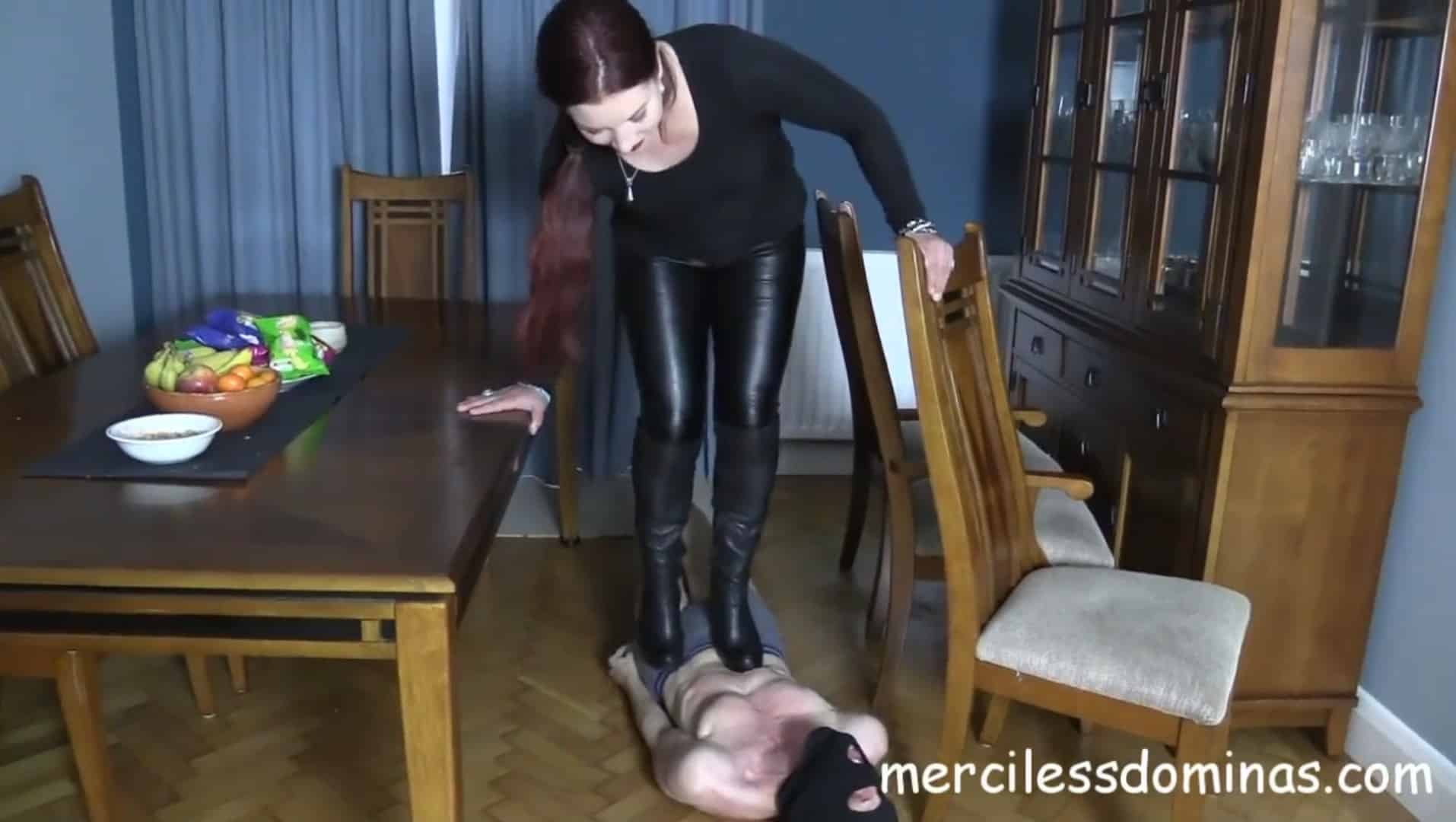 Some Mistresses are just more merciless than others and you could say that Goddess Sophia is one of these… In this clip she gives trampling addicted Peter a lesson of his life. A week after the scene was filmed, we heard from Peter that all of his body did still hurt. This is probably one of the hardest trampling scenes that we have ever filmed not so much because of the trampling itself but more because of the high heels kicking that Goddess Sophia performs. This is a must see for all trampling addicted persons and sadist in general.

Legs Are Long, Kicks Are Strong